Set in 100 acres of Parkland The Follies is a range of dramatic and rugged natural sandstone hills that were developed to include gullies, caves, towers and bridges, becoming one of the most visited landscapes in Britain during the 19th Century 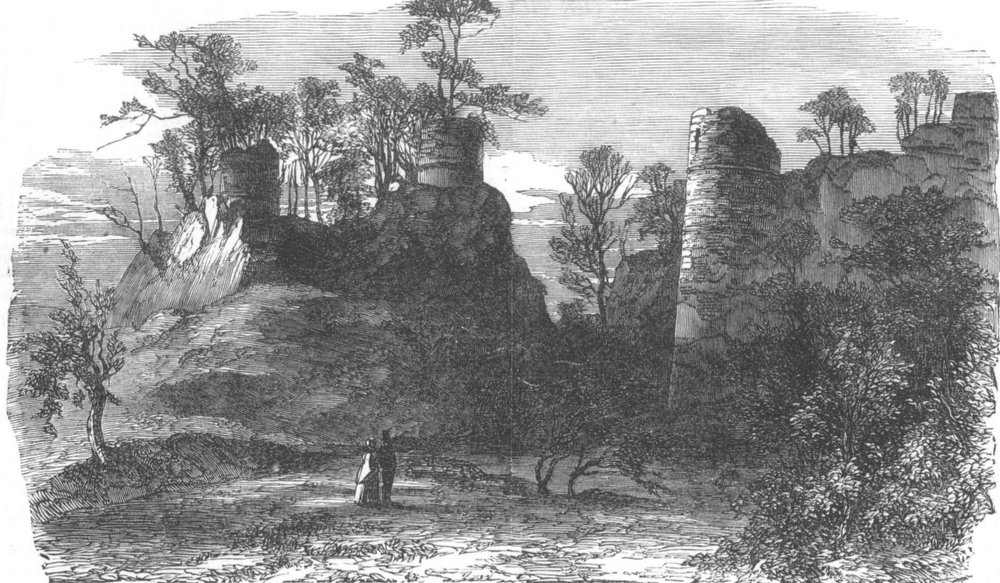 However, throughout the 20th Century this romantic landscape became forgotten, overgrown and ruinous, unvisited by all but the locals.

Now recognised as a Masterpiece of the School of Naturalistic Landscape and designated as a Grade I listed landscape by English Heritage, this magical and exhilarating landscape had a new lease of life with a multi-million pound restoration project enabling it to reopen to visitors in 1993. Overgrown but never fully forgotten, pathways were cleared, gullies reopened and handrails reinstalled to allow visitors to enjoy the spectacular views and surprises that The Follies reveal around every corner.

Hawkstone’s history as a place to visit started in 1556 when Sir Rowland Hill, the first protestant Lord Major of London, purchased the Hawkstone estate for £700, starting the family's 340 year association with Hawkstone.

Three generations of Hills came and went without much change to the estate until Richard Hill, King and Queen's Diplomat and Lord of the Treasury, inherited the estate in 1700. His travels left him impressed by the architecture and landscapes of the continent, inspiring him together with his younger brother John, to initiate changes at Hawkstone.

Over the next 100 years the grounds were shaped with new terraces, tree lined walks, shell encrusted grotto and various Follies for visitors to explore. Visitors continued to grow in number throughout the late 1700s. By 1800 Hawkstone was famous. Visitors came from across the Country often staying for 2-3 days.

The grounds continued to be added to through the 1800s with new specimens of plants from all over the World, and herds of Eland roaming the grounds. Unfortunately the expanding estate began to exceed the families finances, and in 1894 the last member of the Hill family to own Hawkstone was declared bankrupt.

The Hall stood empty until 1906, then passed hands again in 1913 where it was offered to house the government of the day as a convalescent home for officers.

In 1915 the first 9 hole golf course was introduced on the land, followed by a second in 1920. Although the Park itself started to fade from memory, myths and legends circled the magical landscape. A small cup was discovered in 1920s in the base of the Eagle Statue linking to the well-known stories of the Holy Grail.

In 1924 the park was divided up and sold in lots. The Redemptorists bought the Hall, gardens and some of the land. Hawkstone Park Hotel also became a major owner by purchasing land now occupied by its golf course and The Follies.

In 1990 new owners of the Hotel began a project of restoration. With the reopening in 1993, visitors were once again able to experience the delights of the ornamental walks and Follies developed in the 18th and 19th Century by the Hill family.

With the support of our visitors we are able to keep this historic landscape alive. Our continued restoration work allows us to open up new areas that may have been forgotten about for over 100 years.

We treasure the past and look forward to the future here at Hawkstone Park Follies.